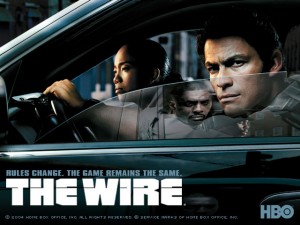 How offensive is too offensive?

Today, while giving presentations about authors, a student screened a trailer for “The Wire” for all the Reporting I class to see. And hear. And hear, they did. The F word, the N word, even the C word.

The student blanched, as did I. I did my best to tell these 19- and 20-year-olds beforehand, as the video started, that this was likely to be strong, and I remarked afterwards that it certainly was. But, frankly, I was stunned at how vile it was. I hadn’t seen the trailer, though I had seen – and loved – the series on HBO.

Fortunately, the visuals were tame, unlike those in the show. But the effect of the words, repeated frequently, was nearly as potent. Ugly racist terms, ugly sexual terms, ugly sentiments in general. I faced a group of bug-eyed students who didn’t know quite how to react.

David Simon, the former Baltimore Sun journalist who created the show, was trying to reflect real life on the rough streets. How else do cops, drug dealers, politicians and union bosses talk, after all? The language shouldn’t be cleaned up if it’s to be authentic – or at least seem authentic. Can’t fault him for that. And in watching the show, all five seasons, I constantly was struck by how true-to-life he made all those flawed people seem.

But, while I give Simon kudos for “The Wire” and my student praised his real-life book about murder in the city, “Homicide,” that doesn’t mean the language needs to be showcased in a sophomore-level journalism class in Nebraska. There are ways to talk about the talk without listening to the talk. 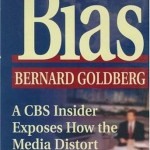 Am I a prude? Am I naïve about what my young charges hear on a daily basis? Am I too PC?

Coincidentally, in the same class we talked about Bernie Goldberg’s book about political bias in network TV. In one section, Goldberg dismissed a colleague’s preference of the term “Indian” over “Native American” while faulting another for labeling the flat tax idea “wacky” – both items evidence, in Goldberg’s mind at least, of bias and excess political correctness in mainstream media. That led to a good debate in class about whether journalists worry too much about PC language and whether we need to bother with it.

Well, yes, we do need to bother with it, I argued. If African-Americans prefer to be called such, the media need to do so. If Native Americans don’t like a term that Columbus or someone else erroneously bestowed on them, we have to respect that. And there really is no place in a classroom for the N word or really any of the other offensive terms that Simon’s show shouted. 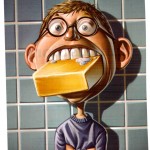 So, I’m donning the hairshirt on this one. I popped an email of apology to my students, even though I had been almost as surprised by the video as they were. It may have been the student’s presentation, but it was my classroom, after all. I’m not going to fault the student, who was just trying to enliven her time in the front of the class. But I sure wouldn’t encourage that sort of video again.

Yes, they’ve all heard worse. Yes, as journalists they will have to develop thick skin on their ears as well as everywhere else. And, yes, I’m from New Jersey, where people can shame Marines even when talking about the weather. But my Nebraska kids don’t have to traffic in the classroom in what my elders used to call foul-mouth talk.

Once, when I was young, I had my mouth cleaned out with soap. At times I can almost still taste it. Now is one of those times.

A friend, Mark Tatge, is in hot water because he showed students how to use the tools of investigative reporting on one of their own, a 19-year-old sophomore busted for drinking. The unsettling case raises questions about the duties journalists have to the truth, journalism teachers have to students and administrators have to teachers.

Tatge, a former Midwest bureau chief for Forbes and textbook author with a distinguished record in the business, teaches investigative reporting as a visiting professor at DePauw University. To show students how to use public records, he handed out a public records packet about the arrest of a student athlete in January for public intoxication, resisting law enforcement, illegal consumption of alcohol and criminal mischief. According to journalism blogger Jim Romenesko, the 17-page packet included Facebook and Twitter profiles, along with court documents.

Devised as a classroom exercise, the case study has gone far beyond the blackboard. The DePauw student newspaper told the campus about it and blogger Romenesko delivered the news to his national journalism audience. The blog, Inside Higher Ed, has written about it. Needless to say, the student is embarrassed. And her mother lashed out at Tatge in a letter to The DePauw, accusing him of bullying, “wanting to create news,” and not caring whether a student or the school was damaged.

For his part, Tatge is troubled that the university has shown no support for him in this maelstrom. Academic freedom and the principles of journalism are at stake, he and his supporters have suggested.

Plenty of journalists and academics have offered backing in comments on Romenesko, though opinion is hardly unanimous. One critic said it was “totally inappropriate within the context of a student-faculty relationship. How about a little judgment?” A critic faulted Romenesko for printing the details, including running the student’s photo. Inside Higher Ed held off on identifying the student.

I’m reminded of what officials at Tsinghua University in Beijing warned me about the classroom last semester. The classroom, they say, is a public sphere in which anything you say can echo far beyond school, especially in the days of the Net. Therefore, be cautious of what you say there. Avoid sensitive topics, they counseled.

Tatge, I imagine, had no notion that this investigative exercise would have gone any further than the door of his classroom. For his students, it would be a powerful example of using public records in a way that hit close to home, as The DePauw suggested in its coverage. It would have more impact than doing, say, a patent search, he suggested.

Indeed, Tatge may have figured there would be no embarrassment to the young woman, who turned 20 a month after her arrest. She would not have even known about it if some friends in the class hadn’t told her of the discussion. Certainly, Tatge, would not have deliberately sought to put her in the stocks nationwide, to expose her shame far and wide. He just wanted to make a lesson in public documents real and meaningful for the students in his class.

But the questions this case raises are troubling. Should teachers worry, in the age of the Net, that everything we do in a classroom can be showcased to the world? Does that lead to self-censorship, a la China’s? Do we really want to stifle ourselves in the way teachers – and journalists — there must to save their jobs? At home, will administrators back up such faculty when the heat rises? Or will they cave under pressure?

On the other hand, shouldn’t faculty members feel obliged to shield 19-year-olds who do stupid things? Isn’t it the nature of kids to make dumb mistakes that in an earlier, less public, time would have been punished quietly? No teacher would deliberately hold a student up to nationwide scorn. All of us – Tatge included, I’m sure – feel our first duty is to educate students, not humiliate them.

It’s less a legal matter than a moral one. Legally, the student lost her right to anonymity when she was arrested. But does that mean she’s fair game in any classroom on campus? Does a teacher have a moral duty to protect students, even if the law permits exposure? Do teachers need to act more discreetly about their young charges?

At the end of the day, we can only hope everyone involved remembers a few key things. First, the student has to live with the consequences of her alleged mistake. It was she, not Tatge, who brought this grief down on herself. She, her mother and the school administration should keep that in mind. In an earlier generation, mom might have taken the daughter to the woodshed, not turned her wrath on a teacher and the campus newspaper. Indeed, it’s surprising that lawyers haven’t shown up yet.

Second, it was the police, not Tatge, who made the charges public in the first place. Once such charges are lodged, they are out there for all to see. They eventually will be adjudicated, raising still more opportunity for exposure.

Punishing the messenger here will not make the student’s problems any easier. Administrators need to back up teachers when the fault lay elsewhere to begin with.

Still, faculty members are not just journalists, not just messengers. The muddy part here is that teachers have other responsibilities to students – both those in their classrooms and others on campus. That’s a tough line to walk at times. Sadly for all involved, there’s mud all around on this one.