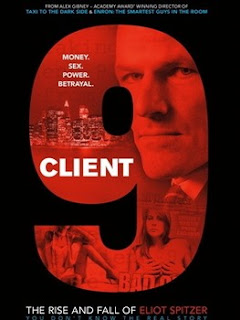 It was surreal watching CNN this past week, as former Presidential hopeful John Edwards was hit by a federal indictment in connection with his extramarital affair during the 2008 presidential campaign. The Edwards news was old hat. What was bizarre was watching a genuine expert in the realm, former N.Y. Gov.-turned-pundit, Eliot Spitzer, report on it all.

How rich can it get in the land of pols-turned-quasi-journos? Here was Edwards, a former U.S. Senator looking pathetic but still well-coiffed as he offered regrets but a denial of legal guilt. And there was Spitzer at his anchor desk for his prime-time showcase, “In The Arena,” recounting it all and soberly assessing the prosecutors’ chances. Here was one marital cheat talking to a national audience about the failings of another, while never mentioning his own perfidies, of course.

How can it be that national TV journalism has descended into a hall-of-mirrors world such as this? Where are Walter Cronkite, Tom Brokaw or Katie Couric when you need them? Even Lou Dobbs – whose former CNN show, with its dubious emphasis on point of view, seems to be Spitzer’s model – would have been better. At least, it would have been free of hypocrisy.

Don’t get me wrong about rehabilitation. I believe in second chances. And people do have a right to make a living, a right even to regain lost dignity. What’s more, Spitzer, unlike Edwards, was never indicted as a result of his secret dalliances. Spitzer in fact had the good sense to resign as governor in 2008, stepping out of that arena with an appropriate mea culpa and sequestering himself for a while as he presumably tried to get his hungers under control and keep his family together. He’s also a smart guy with some real experience that could be valuable – maybe outside of journalism.

But there remains something odd when one serial adulterer who plunged sullied from high public office sits at a gleaming high-tech news and commentary desk and opines about the misdoings of another. A viewer might have half-expected Spitzer to declaim, “well, back when I was stepping out on Silda, here’s how I stayed clear of prosecutors…”

As it was, Spitzer instead interviewed a former prosecutor-turned-journalist, CNN legal analyst and New Yorker writer Jeffrey Toobin, about the prosecution’s risky case. That gave Spitzer a chance to hint, albeit briefly, that maybe prosecutors were abusing their discretion in pursuing the case (which has to do with the misuse of nearly $1 million in donated funds to conceal the affair). It would not have been out of place for Spitzer to compliment the enforcers who passed on pursuing him, even as he dallied with prostitutes first as New York’s attorney general and then as its governor.

One has to wonder what was going through Toobin’s mind. The guy, an author of much-praised books on the Supreme Court and other legal matters, is a professional journalist, not a pol. One imagines Toobin saying, “Well, Eliot, you’re right. The prosecutors who combed through the wiretaps in your case may have taken an unpopular stance in declining to charge you, but in legal terms …”

Of course, nothing of the kind happened. Instead, it was as if the ex-Gov. was just another journalist, another honest purveyor of the craft bringing truth to the benighted millions. The sad part is that CNN has plenty of legitimate journos – Anderson Cooper sits atop a long list. But for reasons that one suspects have to do with ratings, it chooses to be the vehicle for Spitzer’s return to the limelight.

As for the pathetic l’affaire Edwards, the doings of the former North Carolina Senator, onetime Democratic vice-presidential nominee and two-time Presidential aspirant offer still more lessons for journalists. This aw-shucks pol with the boy-next-door good looks is a bona fide member of quite a club of the ethically challenged. Members — some prosecuted, some not – include former governors, such as Spitzer, Rod Blagojevich of Illinois, James McGreevy of New Jersey and Mark Sanford of South Carolina, as well as former Idaho Sen. Larry Craig, former President Bill Clinton, former Israeli President Moshe Katsav and current Italian Prime Minister Silvio Berlusconi.

Each member’s tale is sordid in its own way and together they are interestingly nonpartisan. But the common denominator for all these disgraced leaders is the heady pursuit of sex, money or power – their outsize cravings for such things — and the blurring of the lines between right and wrong that can come with that. For reporters, these folks, including Spitzer, are the embodiment of the idea that vigilance is mandatory. Of course, that idea goes for real reporters – the Cronkite and Couric type — not the ersatz cable-host variety.