As Muslims across the world protest the American-made movie trailer that ridicules Islam, the collision of values between the West and the Islamic world seems never to have been so stark. Free speech versus respect. Tolerance as opposed to ideological despotism. Openness to criticism and debate instead of muzzling.

What stance must we in journalism take on this fight? Anyone who espouses freedom of thought and expression, it would seem, cannot side with those who would suppress it. No matter how noxious or vulgar that expression is, the right of all to say what we think is fundamental for journalists. More than that, free expression is central to a democracy, a core value. The open exchange of ideas, we believe in the West, leads to progress as the best ideas win out and the weakest wither.

If Islam and the teachings of its prophet do offer the best ideas, are they not strong enough to withstand the amateurish rant of a fraudster and a few friends in California? Surely they are. Is Islam so fragile that its followers must murder Americans to defend it? Absolutely not. Are its ideas so weak that a 14-minute movie trailer can undermine it? No. And is the feeble little film really so powerful that the faithful cannot simply shrug it off?

But far more than a battle of ideas is involved here. Fouad Ajami, the Stanford academic and a Muslim himself, traces the fervor in the eruptions in the Muslim world to “a deep and enduring sense of humiliation.” In his insightful column in The Washington Post, “Why is the Arab world so easily offended?,” he traces the rise and fall of Islam as a cultural and economic force among the nations. Where adherents once dominated much of the civilized world, thriving and making huge contributions to art and science, millions now struggle in poverty, envying the West and blaming it for their sorry state. Many now crave nothing more than to move to Europe or the U.S., even as others set fire to the American flag or trample Western embassy signs.

Further, fundamentalist opportunists in places such as Egypt and Libya pounce on any opportunity to capitalize on these feelings of inadequacy and fragility. Nakoula Basseley Nakoula and his friends gave them the perfect excuse to target even an American as friendly to the Muslim world as J. Christopher Stevens, the late ambassador to Libya who aided in the work of rebels there seeking to oust a despot. “Innocence of Muslims” was a gift to Al Qaeda, the Taliban and their ilk as they seek to turn back the clock instead of embracing the possibilities for improvement of their societies in the 21st Century. 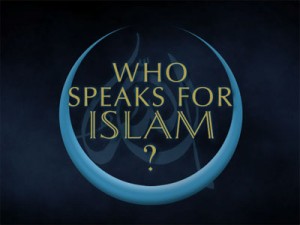 The ideas in the trailer – such as they are – certainly are obnoxious and offensive. Knowledgeable critics say they are flat wrong. But since that is so, would the piece not simply die of its own trivial weight? Is not the best response for the Islamic world simply to ignore the film, to brush it off as a piece of lint that floats momentarily onto the rich tapestry of Islamic history and belief? The Catholic Church, after all, survived intemperate artistic criticisms, such as “Piss Christ,” the 1987 photo by an American artist depicting a crucifix in urine. Judaism has survived such bogus attacks as “The Protocols of the Elders of Zion” or vile marches by would-be Nazis in Skokie, Illinois.

There is nothing wrong with civil protest, even outside embassies – far removed as they may be from Hollywood. Indeed, advocates of free speech should welcome that. Bigotry needs to be countered whenever it arises and the bigotry of this film must be condemned. So, too, must the foulness of anti-Semites be opposed. And anti-American sentiments must be countered wherever they arise. But there’s no excuse, of course, for killing. And the answer to free speech should just be more free and better speech, eloquence instead of ignorance. Certainly, it should not be violence.

Still, the danger of the Muslim world erupting in such passion against the trailer is that it gives the filmmaker a far bigger stage than he deserves. The fervid reaction launches a film few would have heard of into superstardom. The same was true of the anti-Islamic Florida pastor, Terry Jones, who advocated burning copies of the Quran. Such men and their “work” don’t deserve the fame the protesters confer upon them. The best response, perhaps, is no response. Instead of burning flags and scaling embassy walls, why not educate the West on how the anti-Islamic ideas are baseless? 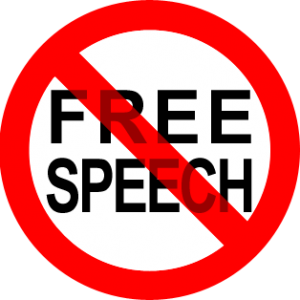 Ideas matter, of course. Plenty of wrongheaded ones have led societies astray – just look at the legacy of Osama bin Laden, Adolf Hitler and their like. But it’s only by letting ideas compete freely, by letting people shop in the intellectual marketplace, that the best ideas come to the fore and the weakest die.

This is, of course, a recent notion. Not so long ago, people in the West could lose their lives for blasphemy. Our current view of the value of free expression hasn’t taken root in the Islamic world yet – and it may never do so. But, as Ajami sagely writes, “Modernity requires the willingness to be offended.” Much to the regret of the West and to the disservice of the Arab world, he says the heartland of Islam lacks that willingness.

Last night, my wife and I saw “Ai Wewei: Never Sorry,” the astute documentary by Alison Klayman about a courageous artist’s struggle for freedom of expression in China. Ai does things the authorities cannot abide, such as producing a video in which a string of people, including himself, say “Fuck you, Motherland.” He embarrasses police who assault him by filming them. He is subjected to constant surveillance and winds up arrested and detained for 81 days. His art studio in Shanghai, which officials once encouraged, is destroyed. He’s a thumb in the eye to those who would suppress free expression.

Freedom of expression must be cherished and protected. Ai’s criticisms are powerful and important. The California fraudster’s are not. In each case, however, totalitarians cannot be allowed to throttle their voices. Let them speak. Counter them, if necessary, or heed them. Ignore them if that’s appropriate. In the end, a critic’s barbs will stick only if they deserve to.