The Chinese embassy has made it official now. My visa for a semester-long teaching gig at Tsinghua University in Beijing just popped in the front door. So it looks like a year’s preparation will pay off with a nearly four-month stay beginning Sept. 8.

The program, organized by the International Center for Journalists in Washington, D.C., and backed by my Dean, Gary Kebbel, and the far-sighted folks in the administration at the University of Nebraska-Lincoln, is thrilling. I get to teach two classes to budding Chinese journalists, grad students in the Global Business Journalism program at Tsinghua. They are keen to learn about business and economic coverage and about multi-media journalism.

For my part, I get to learn first-hand about the world’s second-biggest economy as it pushes even further into the global limelight. It will prove to be a fascinating, if paradoxical place, I expect. A “developing country” that is nearly 4,000 years old. The U.S.’s biggest creditor and yet a place with one of the lowest per capita incomes on the planet. A planned economy that seems to work, mostly anyway. 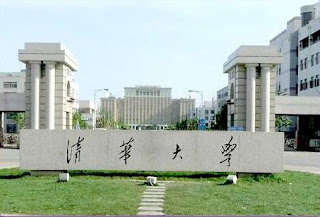 The university I’ll teach in is commonly ranked among the top three in the country. China’s current president, Hu Jintao, studied and taught at the 100-year-old school. Its journalism college, however, dates back to just 2002, as this technologically minded university — sometimes called the MIT of China — is still developing its humanities offerings. The ICFJ, led by China hand and former BusinessWeek colleague Joyce Barnathan, has been involved there since just 2007. I’m told the students at the Tsinghua School of Journalism and Communication will include some of the brightest kids in China, the likely leaders in their organizations in the future. I’m hoping they will challenge me as much as I challenge them and that, in my small way, I can make some lasting impact that will affect they way they see – and influence – the world.

It’s a daunting prospect. Will they behave like American students – in good and bad ways? Will they question and argue, for instance (probably not, I’m told, since deference to the teacher is a Chinese cultural trait)? Can I teach them about the cut and thrust of good journalism? Will they understand American-style journalism at all, or have a wholly different notion of the mission of media? Just think about how much some major pubs in China get quoted here as, more or less, the voice of officialdom.

Then there are the personal issues. Will the government particularly care what I have to say in the classroom or on the Net? Will it pay attention in either place? There are so many academic visitors to China from the U.S. nowadays that keeping track could be impossible and pointless for folks in official ranks. The Chinese want what we have to offer, especially in areas such as business and economic journalism. They think it a crucial skill as their business communities grow and globalize, and they’re right about that. 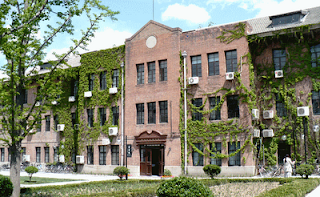 I’m going, however, as much as a student as I am a teacher. I’ve always felt that missionaries were fundamentally arrogant, assuming that they were bringing the truth to the ignorant masses. I’m a bit contemptuous – though usually more amused — when they knock at my door. So I’ll pack a sense of humility along with my syllabi. Yes, I can teach my young charges some useful skills – just as I do back home in Nebraska – but I expect I’ll learn far more from them and their country. China, after all, does have a few years on us in the U.S. as a civilization.

I plan to keep a blog of my experiences. This opportunity will vastly enrich me as a teacher, not to mention how much it could broaden my worldview. The three-week trip colleague Bruce Thorson and I took to Kazakhstan with eight students last year was good preparation. It gave me a sense of how people in a developing place look on us in the West, and on how they look on life in general. I expect to get more than a glimmer of that in the coming semester and look forward to sharing that both here and in classes to come.

Stay tuned. Should be one heckuva trip.