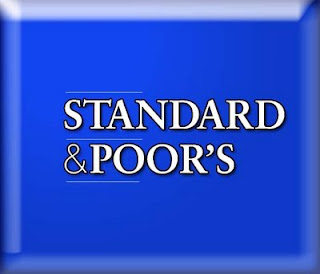 You’ve got to hand it to the folks at Standard & Poor’s. It took cojones to stand up to the Treasury Department and give an honest assessment of U.S. debt and the problems of dysfunctional government. The downgrade to AA+ doesn’t make up for the misses the outfit was guilty of in the financial crisis and doesn’t atone for its seemingly willing blindness to the fool’s paradise we were living in. But its clear-eyed view of the shadows on our horizon now is worth a bundle.

The big question, though, is whether it will make a difference. The U.S. will not default, no matter how keen the GOP pols are to use threats such as that. Investors know that and they won’t flee Treasury securities. Where would they go anyway? Investors have known the same things S&P has known for months and still the yields on Treasurys are at historic lows. Putting money into the government bonds is safer than any bank, and that won’t change anytime soon, as even our tut-tutting creditors in China know.

Still, the grand game of “chicken” will continue in D.C. for the rest of the year, at least, and the downgrade could make a difference in how the game is played. The Gang of 12 – the bipartisan panel that is supposed to decide our financial fate – will have S&P’s jaundiced judgment to bear in mind as they go through their ideological faceoff. As they try to resolve problems that should have been dealt with in recent weeks, the prospect of a continued low rating, or even a further downgrade, could focus their minds on the consequences of fiscal mismanagement and dithering. Their debate, too, could keep a dead hand on the markets. 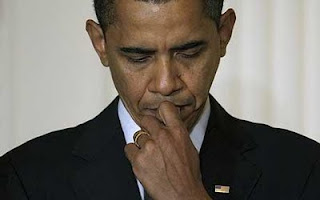 Politics, and the prospects of ousting a President, will weigh heavily on those folks, no doubt. The temptation to deny President Obama a victory – a financial resolution that would serve the country well – will be just about irresistible for half the panel. Maybe S&P’s independent judgment will prove to be a bracing slap of cold water, a reminder that the bloodsport that politics has become does have real consequences outside the Beltway. Voters could make judgments about mismanagement similar to that S&P folks made and simply throw all the bums out.

But it is too easy to cast this drama as simply a matter of gaining political advantage. This is much more than just naked opportunism. This fight is over the real and yawning ideological gulf between the parties. It is all about the longstanding argument over the size and role of government that has colored every election since at least the Reagan days. The Californian shook up prevailing wisdom in D.C. and made people believe government was the problem, not the solution – a view that is echoed decades later by the likes of Rep. Eric Cantor and, of course, the Tea Party movement. 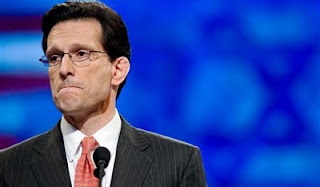 The “two different worldviews” that divide Washington are too far apart for anything more than an armistice, Cantor suggested in a Wall Street Journal piece today. The Virginia Republican argued that expanding the welfare state and redistributing income are the central plays in the Democratic playbook. “The assumption … is that there is some kind of perpetual engine of economic prosperity in America that is going to just continue,” Cantor said. “And therefore they are able to take from those who create and give to those who don’t. We just have a fundamentally different view.”

Beyond that is the Keynesian-supply-sider divide. Keynesians such as New York Times columnist and Princeton economist Paul Krugman say Obama and Washington aren’t doing enough to use government money to stimulate the lackluster economy. By contrast, the GOP leaders invoke economist Arthur Laffer’s dictum – the Laffer Curve – to argue that tax cuts would be far more effective than government spending, especially when so much of the government money is borrowed. Variations of this debate are as old as the Great Depression and economists still are split on whether the government pulled us out that 1930s slump or prolonged it with government programs. 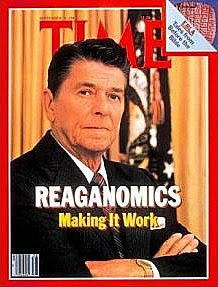 These are serious disputes, and unresolved economic questions. It comes to a matter of faith, of whether you worship at the Church of Laffer or the Congregation of Krugman. And, lately, it comes to a matter of who has the power to either turn on the government spigot or choke it off and, in theory, let the economy heal itself. Problem is, with a 9.1% unemployment rate, an outrageous amount of debt and the never-ending political campaign that Washington has become, the power centers and the course are anything but clear.

That’s partly why we should tip our hat to S&P. The outfit, the economic engine of my former longtime employer, McGraw-Hill Cos., didn’t bow to what had to have been enormous pressure from Washington in coming to its judgment. We can only imagine the debates that raged at company headquarters: Will this downgrade lead to higher interest costs for all Americans? What are the consequences when the economy is so weak? And what of the unlikely possibility that vengeful government regulators could make life tougher for S&P and McGraw-Hill, especially at a time when McGraw-Hill is facing pressure to reorganize or sell itself?

In fact, it’s a remarkable thing about our system that Washington can’t dictate terms to S&P. One can’t imagine that kind of independence in some other major global economies. Wall Street and Washington intersect at crucial points but neither can dictate to the other. That’s a priceless strength of our system and it would have been a sorry statement if S&P had caved to Treasury.

It is fascinating, of course, to see these warring economic visions collide. But this is no classroom exercise, no parlor game. The entertainment value is far outweighed by the size of the stakes. What Washington does will affect the livelihoods of millions, the legacy our kids inherit, and the role of the U.S. in the world. It doesn’t get much more serious than that. It will take smart and independent people to help the pols to chart the way.