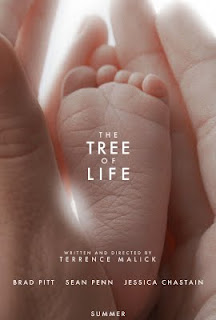 I just saw the Terrence Malick opus “The Tree of Life,” the 139-minute meditation on God, evil, love, death, evolution and a tortured upbringing in the 1950s. No date movie this, but it certainly gives a viewer something to chew on. Kind of like “2001” meets a dark, dark version of the Hardy Boys. It does have a ring of truth to it, despite its grand self-importance and distinct lack of humor.

The peculiar thing is it puts me in mind of two unsettling developments in the news business this week, the cancellation of Eliot Spitzer’s effort at redemption, “In The Arena,” and the shutdown of the News of the World. The connection may seem remote – chalk and cheese — but bear with me, dear reader.

First off, both these deaths of journalistic enterprises were sad but perhaps inevitable, much like the death at the center of the movie. The movie revolves around the loss, at 19, of a young man whose problem seems to be his innocence, sensitivity and talent in a life that values such things too little. The boy’s passing was crucial to explore the movie’s central tension – the question of whether life is about grace and wonder or torment and struggle. Are we all doomed to life as a matter of “nature red in tooth and claw” or is there a divine force that brings love and justice to the chaos?

In Spitzer’s case, the cancellation at base was a matter of ratings and viewership. The show was just pulling too small of a viewership for CNN, which is struggling to compete with the ideologically driven appeal of Fox News, as well as the glut of “content” that afflicts all media in the Internet age. On one level, the show’s fall is yet another example of the evolution of journalism, with the inevitable deaths of outmoded approaches this brings.

A guy sitting at desk commenting on the news of the day, with interviews – especially of other CNN pundits – just doesn’t cut it these days. Viewers need more or they’ll turn away and troll for news and information on the Net or elsewhere on the tube. This is part of the reason that conventional TV news is struggling. Such is true also of print news operations. 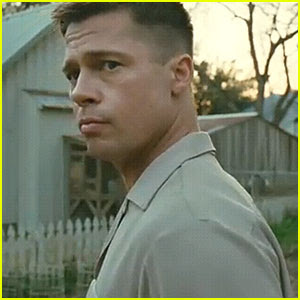 But Spitzer’s fall was more than that. Spitzer is a tragic figure, someone every bit as tormented and driven as the character Brad Pitt plays in “The Tree of Life.” The Pitt figure longs to be a musician but instead is a would-be entrepreneur stuck in a deadend factory executive role. He’s tortured and in turn torments those around him, including his wife and sons, as he wrestles with a life where he sees only deception and money as the driving forces. He’s cold and distant, an angry and intense figure, a sad archetype of a certain kind of 1950s father.

Spitzer, it seems to me, is every bit as cold, and someone constantly at war with inner demons. By some accounts, during his tenure as Attorney General in New York he bullied defendants, especially corporate executives. He beat them into submission, often by going outside the rules of the courtroom. He likewise brought an intensity to “In The Arena” that reflected no humor, no grace, only a penetrating and cold intellect. He’s a smart guy and a relentless questioner, but every night was a painful struggle with issues of political venality and ideology.

How much of that can an audience take? It proved too much for most viewers, it would seem. Indeed, “The Tree of Life,” with its relentless intensity, is likewise too much at times. It has all the subtlety of a sledgehammer.

More than that, Spitzer lacked something indispensable to journalism. He had no innocence, something crucial in a news person. He carried far too much baggage as a disgraced former governor whose dalliances with prostitutes may never be forgotten. His demons made him fascinating in a way, as one could imagine the torment that underlay his aggressive questioning of guests. But it ultimately distracted from the core mission of a journalist – to be a reporter or analyst of the news, not a center of attention oneself but rather someone focusing the limelight.

Spitzer, much like the Brad Pitt character, is akin to a figure in classic Greek tragedy. Spitzer was done in by his own grand flaws in the end. He rose to great heights only to fall, twice. The Pitt character is more the tortured victim of outside forces, but his personal flaws figure into his failed home life. 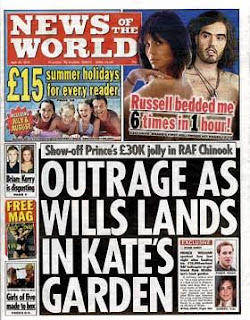 Tragedy is too grand a word, however, for the News of the World case. Certainly it is discomfiting for the people tossed out of work there. And it’s a disappointment, perhaps, for the hundreds of thousands who bought the paper each week, however trashy it was. The world will be poorer, perhaps, for the silencing of yet another once-powerful journalistic voice. But by most accounts the paper was garbage. Its voice was shrill and vengeful and no exemplar of quality in the field. The loss is hardly worth grieving over.

It may be that News of the World demonstrates that there can be justice in the world. It was killed for its journalistic sins, its inability to draw lines about what newsgathering approaches are appropriate and what are not. Paying off cops and hacking into phone mail, as alleged of the paper, is just not right. Fleet Street in general should learn from this sorry case and one hopes that Rupert Murdoch’s commitment to quality papers, such as The Times, Sunday Times and The Wall Street Journal, will only be deepened by this. Maybe it could even make Fox News less shrill.

Sometimes, deaths are appropriate. That was not true in “The Tree of Life.” It may be so for “In The Arena” and the News of the World, sorry cases whose passing will help journalism evolve.