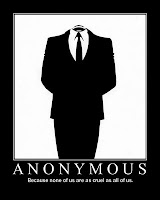 When should journalists rely on anonymous sources?

Almost never, most professionals say. Bloomberg’s editor-in-chief, Matthew Winkler, in January slammed staffers at BUSINESSWEEK for quoting them. Bloomberg, which in December bought BW from McGraw-Hill, uses unnamed sources “reluctantly only when the benefit … outweighs the lack of definitive attribution,” the editor said. Without names, he added, “readers have no proof that [the quotes] are more credible than hearsay.”

AP seems a touch more tolerant. Anonymity is acceptable, it says, if “the material is information and not opinion or speculation, and is vital to the news report.” But it holds that the source must be reliable and the information cannot be gotten otherwise.

So, for us at the J School, the question arises: was it right to grant anonymity to a young illegal immigrant arguing against a plan in the state Legislature to boost tuition for illegals at the state university? The piece, headlined “Nebraska lawmakers and education officials debate immigrant tuition bill,” is a leaned-down version of an earlier story that identified the student.

Acting with compassion and prudence, my colleagues yanked that first story off our Website, NewsNetNebraska.org, after the student had second thoughts about her identity becoming known. No one here wants to put a student — barely an adult, really — in the crosshairs of politicians who could make life difficult and much more expensive for her. My fellow teachers here are educators, first and foremost. We’re all here to give students a shot at fuller lives and meaningful careers.

Still, the case is rich with lessons — and questions. The first piece, for instance, put a human face on an otherwise sterile and abstract debate. This came across with power in such details as a photo and audio slideshow where the student made her case — in her own voice — about the value of education to an immigrant. Even the most tough-minded would have to feel sympathy: this girl’s parents braved a desert crossing in the early 1990s to get her across the border at age 2, and she wants nothing more than a good, affordable education to become a contributing American citizen. Our student journalist did a superb job in drawing out such color and detail.

Regrettably, most such details are now missing. The slide show is gone altogether, as are all other photos of the young woman. Instead, readers get only a cold abstraction. Consider the lede — “If Nebraska continues to help educate immigrant college students, the state will benefit in the run, says an undocumented student who attends the University of Nebraska-Lincoln.”

Does this put the argument in human terms? Does it make a reader feel anything? Further, does it meet the tests Bloomberg and AP apply for anonymity? In hindsight, an advocate for illegals, arguing with some passion, could make the same case with his or her name attached (a university official does so in the piece, but as blandly as a lawyer would). Perhaps the student could then have been referred to, with some detail about her situation but no names. Maybe this would buttress the argument a bit.

I believe my colleagues acted rightly in taking the student’s name and photos off the story. The woman — likely under 21 and a promising student — had pleaded that she didn’t understand the implications of going public on our Web site. Fair enough. Fear is a troubling thing, and it’s not uncommon for people to have second thoughts when the stakes are high and the personal cost steep. In a way, this young student has more to lose than, say, Rosa Parks.

But for everyone involved the cost of anonymity is high. For one, readers don’t see the face behind the argument. It all seems like just another bit of legislative yammering. Our illegal neighbors don’t even seem human, but are reduced to colorless terms such as “undocumented student.”

More troubling for journalists, we lose credibility. Every time we rely on an anonymous source, we say, “trust us, there really is a person behind these quotes but we just can’t tell you who that is.” Say that too often and readers will stop believing you. Finding people who are willing to put their names on the line in difficult situations can be hard work. But in the end, it makes for good journalism, the kind that can influence the actions of politicians.