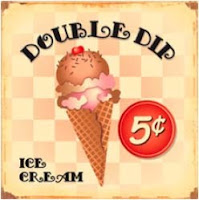 Here is an excerpted take on the question of a double-dip recession, from the people at CalculatedRisk, a blog I dip into now and again. Echoes a post here a couple days ago, but with some more detail. Call us a pair of Pollyannas, but maybe we’re onto something.

Personally, I get nervous when conventional wisdom all moves in one direction — as the sliding markets lately seem to suggest. I’ll stick with the contrarians.

For the unemployed and marginally employed, and for many other Americans suffering with too much debt or stagnant real incomes, there is little difference between slower growth and a double-dip recession. What matters to them is jobs and income growth.

In both cases (slowdown or double-dip), the unemployment rate will probably increase and wages will be under pressure. It is just a matter of degrees.

The arguments for a slowdown and double-dip recession are basically the same: less stimulus spending, state and local government cutbacks, more household saving impacting consumption, another downturn in housing, and a slowdown and financial issues in Europe and a slowdown in China. It is only a question of magnitude of the impact.

My general view has been that the recovery would be sluggish and choppy and I think this slowdown is part of the expected “choppiness”. I still think the U.S. will avoid a technical “double-dip” recession.

Usually the deeper the recession, the more robust the recovery. That didn’t happen this time (no “V-shaped” recovery), and it is probably worth reviewing why this period is different than an ordinary recession-recovery cycle.

# First, this recession was preceded by the bursting of the credit bubble (especially housing) leading to a financial crisis. And there is research showing recoveries following financial crisis are typically more sluggish than following other recessions. See Carmen Reinhart and Kenneth Rogoff: “The Aftermath of Financial Crises”

An examination of the aftermath of severe financial crises shows deep and lasting effects on asset prices, output and employment. … Even recessions sparked by financial crises do eventually end, albeit almost invariably accompanied by massive increases in government debt.

# Second, most recessions have followed interest rate increases from the Fed to fight inflation, and after the recession starts, the Fed lowers interest rates. There is research suggesting the Fed would have to push the Fed funds rate negative to achieve the same monetary stimulus as following previous recessions. See San Francisco Fed Letter by Glenn Rudebusch The Fed’s Exit Strategy for Monetary Policy.

# Third, usually the engines of recovery are investment in housing (not existing home sales) and consumer spending. Both are still under severe pressure with the large overhang of housing inventory, and the need for households to repair their balance sheet (the saving rate will probably rise – slowing consumption growth).

During previous recoveries, housing played a critical role in job creation and consumer spending. But not this time. Residential investment is mostly moving sideways.

It isn’t the size of the sector (currently only about 2.5% of GDP), but the contribution during the recovery that matters – and housing is usually the largest contributor to economic growth and employment early in a recovery.

Two somewhat positive points: 1) builders will deliver a record low number of housing units in 2010, and that will help reduce the excess supply (see: Housing Stock and Flow), and 2) usually a recession (or double-dip) is preceded by a sharp decline in Residential Investment (housing is the best leading indicator for the business cycle), and it hard for RI to fall much further!

So I’m sticking with a slowdown in growth.