“My dear, we know what you are at this point,” he countered. “Now, we’re just negotiating price.”

This old story came to mind as I thought about the $38 undercharging episode I went through last night. My daughter, son-in-law and I bought several items at Target and the clerk told us the sum, which seemed low. My daughter questioned the figure, but he insisted all was right. So we went on our way.

Later, we looked at the receipt and, sure enough, he undercharged us by $38, apparently failing to scan a board game we bought.

So, what do we do? Return to the store and, possibly, get the clerk in trouble? Rationalize our windfall by grousing about how much Target has made on us over the last few months (the equivalent of a small country’s GDP)? Do we say to ourselves, “well, the game was absurdly overpriced anyway?”

Or, do we just take malicious joy, savoring the illicit thrill of getting away with something? 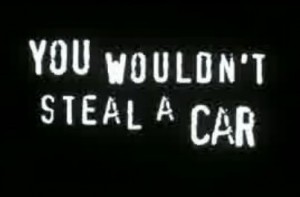 I was reminded of a couple incidents that, for decades, have stuck with me. First, when I was a kid, my aunt and I passed the candy bin in a grocery store and she filched a few chocolate malt balls or some such treat. When I asked whether that was stealing, she came up with some cockamamie rationalization for why it was okay. It didn’t seem right to me then and doesn’t now.

I shared this story with my daughter and son-in-law. I also thought, “what kind of example do I want to set for them? How do I want them to see me?” Since they are both lawyers whose job requires a high-minded sense of ethics – a sense they have anyway — the questions were especially sharp for me.

On the flip side, I once went into a shop with a friend and, when I told the counterman he had undercharged me, my friend asked me: “So, are you new to this country?” Only someone hopelessly naïve would not try, at every turn, to get away with whatever he could. Property is theft, right? And isn’t that the American way?

After we got home and played our board game last night, it was past closing time and too late to return to the clerk. But, as I awoke this morning, the undercharge was eating at me. It just wasn’t right. Those malted milk balls weren’t free. And I didn’t want my kids to look on me in an ugly light, whether the sum was for $38 or $3,800. I didn’t like feeling guilty. 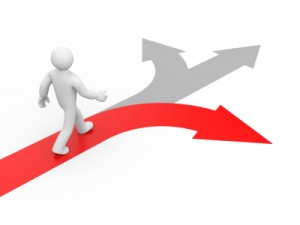 So, this morning, I popped in on the Target. The clerk, a different fellow than our cashier of last night, said most people wouldn’t bring up such an undercharge. Sadly, that may be right. Indeed, I did have to suppress a twinge of feeling foolish, a sense that I was the altar boy who never grew up, the Boy Scout whom others scoff at for being oh so righteous. I even thought, “well, I’m just a middle-class guy who, thankfully, can afford to do the right thing. How different things would be if I were just scraping by, like so many others do.”

One Reply to “How much are your ethics worth?”