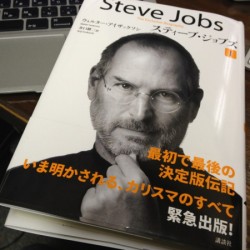 Students at Tsinghua University and other schools in China would see eye-to-eye (better, heart-to-heart) with many in the U.S. on this. A 22-year-old grad student of mine in Beijing showed this in spades in a recent English-language speech competition. Her outrage at injustice, her sympathy for those in distress, and her hopes for change could make her a soulmate of my 23-year-old daughter back in Chicago. Continents, oceans or economic and political systems seem not to separate them intellectually.

My student – call her “Blossom” – took on Apple Computer, a company hugely popular in China. She faulted its reliance on Chinese suppliers whose working conditions have been linked to suicides, workplace fatalities and illness-inducing toxic chemicals. Her anger at conditions she branded “inhumane” was palpable and she was unsparing in her criticism, saying Apple had failed in its social responsibilities. She also took aim at fellow Chinese, bemoaning the idea that contestants at speaking competitions, blind to problems, have routinely extolled Steve Jobs for how he “thought differently and changed the world.” 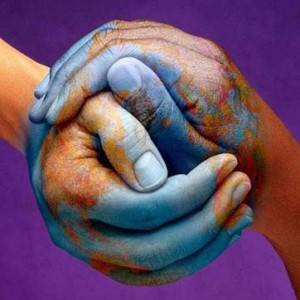 “Blossom” went further. She faulted globalization, pointing her young finger at big companies and consumers alike. “Multinationals choose suppliers with the cheapest labor and the highest efficiency, regardless of their safety standard,” she argued. “Customers care about the ink of ‘designed in Cupertino’ or the Silicon Valley, instead of the words right below it, ‘Made in China.’ Globalization institutionalizes global ignorance.”

And she called for change. Supplier information – accidents, suicides, etc. – should be made public, she argued. Invoking Justice Brandeis’ contention that sunlight is the best disinfectant, she argued, “the multinationals would be embarrassed and therefore [would pressure] the supplier to change.” Policing by government and NGO advocacy groups should be encouraged. And, she added, “As consumers, every one of us can do our bit: keep watch for suspect brands and refuse to consume immoral products.” Indeed, “Blossom” argued that every iPhone should come with a photo of its assembler. “That could serve as a reminder that an actual, living, breathing person used their own hands to help make this product. Let’s give the cold technology a human face. We will all be better off for it.”

In fairness, I must note that Apple does seem troubled by its subcontractors. It applies a code of conduct to suppliers, audits their behavior and says worker protections and factory conditions have improved at many facilities throughout its supply base. Problems, however, persist, according to reports by the company itself, as relayed by the Telegraph. Underage workers, excessive hours and other problems evade even Apple’s efforts to drive change — something that may reflect different cultural attitudes among nations, as well varying levels of economic development. Remember that capitalism is still young in China, poverty is rampant, and it took the West decades to outlaw the practices that trouble Westerners and “Blossom” alike. 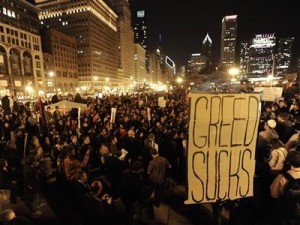 Nonetheless, I’m blown away by how like my youngest child this young Chinese woman is. Reared in a country whose values seem so foreign, “Blossom” brings a kind heart and a keen eye to the world she sees around her – just like my Abi. My daughter now works to help homeless people in Chicago get back into the social system. She supported Occupy Chicago. Her criticisms of global capitalism – which we often argue about — throb with an idealist’s heart just as big as “Blossom’s.”

As globalization grows and such young people take on bigger roles in the system in coming years, I expect they will bear the torch for change. I hope they do so, whether they work within or outside multinationals. While we graybeards may quibble with some of their arguments and solutions, their passions for justice and decency should inspire us all. Over time, life may cool the fires they now burn with — but I’m in no hurry to see that happen. And I hope the Ab and “Blossom” someday can meet to see how much more unites them than divides them.

2 Replies to “Idealism: a global phenomenon”