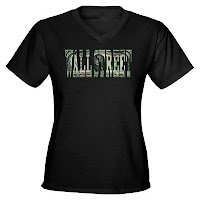 (To stay in touch with the financial world, I chip in occasional pieces — gratis — for the Tabb Forum, a site for trading folks. Usually, the themes are market-specific, dealing with banking issues, regulation and executive-pay matters. Sometimes, I have a little fun with them. Here’s a piece from today that falls into the latter group.)

Researchers tell us that men are up to two times as likely as women to be involved in fatal car crashes. This raises an interesting question: if there were more women on Wall Street, would we have fewer economic crashes?

Sexist pap, feminists might argue. But the data on female versus male behavior on the road are too substantial to ignore. Check out the post on the Freakonomics blog for details.

Compelling studies cited there explain, as the headline writer said, “why you’d rather ride with a woman than a man.” It seems that men break the rules more often, are too aggressive for their own good and tend to court danger. (Sound like those guys in your trading room at times?)

Look at the evidence. A study by Washington State sociologist Jennifer Schwartz showed that in 2004 more than four times more men than women were arrested for drunk driving. Another case in point: research by Fran H. Norris of the National Center for Disaster Mental Health Research and others showed men are less likely to obey traffic laws.

Why the difference? Testosterone, perhaps. Socialization, maybe. Whatever the reason, other research by Dana Yagil of the University of Haifa suggests that women look at traffic laws as necessary and just, while men tend to think them optional. Anyone who has driven in Israel (or Italy for that matter) knows that guys tend to think even red lights are advisory, at best.

The question is whether behavior on the road is likely to be mirrored in the markets. There is some reason to believe this is so: New York Magazine, in a provocative piece headlined What If Women Ran Wall Street?, points to a study by Vanguard that suggests that men are more likely than women to sell stocks at the bottom of the market. One has to wonder whether women traders are less likely to jump foolishly into bad deals or to be guided by internal flashing yellow lights more than men.

But are there enough women in the game to make a difference? Personal impressions tell me that there are far more men than women in the markets. Women were absent – altogether absent – in most trading rooms for derivatives that I spent time in while covering the Chicago markets. And they are far outnumbered by guys on the exchange floors there. Indeed, writer Cari Lynn in 2004 did a dandy memoir of her days as one of the few women on the floor at the Chicago Merc from 2000-2002, “Leg the Spread: A Woman’s Adventures Inside the Trillion-Dollar Boys’ Club of Commodities Trading.” (Read the review.)

It could be that women are particularly underrepresented in derivatives because of the math bias. People drawn to such arenas tend to be math geeks and more of them tend to be guys. It could also be that many women don’t share the bloodlust the trading world sometimes requires – all those “animal spirits” that John Maynard Keynes famously talked about. And, in part, it may be simple sexism that has kept the doors barred.

Whatever the case, however, few would argue against the idea that appropriate caution and level-headedness are too often missing in the markets. The last few years couldn’t demonstrate that more. And instinct tells me that more women in the arena might bring a needed touch of prudence and good judgment, a sense of when not to leap into the void.

If your trading room doesn’t include a goodly number of women, gents, it might be time to get the recruiters out knocking on doors. And, once the ladies are there, you might want to make sure that they don’t get shouted down by the guys. Listen to them, just as you should listen to your wives in the car. And, judging by the studies, you might want to let your wives take the wheel a bit more often, too.