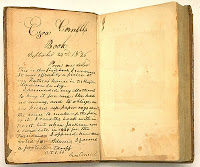 One of the joys of the academic life is writing books. Professors are expected to produce them. Programs make time for them, particularly in the summer. And folks at universities help teachers find resources, if needed, to pay for research.

So it was exciting for me to leave the classroom this weekend and talk to people about the book I’m setting out to write. I’m looking at the Transcendental Meditation movement, the effort founded by the late Maharishi that was all the rage back in the ’70s. I’m exploring a raft of questions: Can this movement endure? How is it attempting to reinvigorate itself after the charismatic leader’s passing? And how does it fit in with the many Utopian movements that have made their mark in the U.S. from the Shakers to the Amana Colonies?

To get a sense of whether this is book-worthy, I spent a couple days at TM’s home base, Fairfield, Iowa. The aptly named place is intriguing, especially since the TM folks account for perhaps a third of its 9,000 plus residents and count among adherents the mayor and several city council members. After 30-plus years in the place, the movement seems to have to settled in comfortably, something that would have seemed unlikely — a chalk and cheese situation, with mystics and seekers from NYC, LA and India seeming an odd fit with farmers and Bible-belters. TM has a full-scale university there that seems to be a major prop to the economy.

More interesting, I spent time with remarkably gracious folks at a synagogue there — Beth Shalom — founded by TM’ers. Why, one might ask, would they need Judaism if they’ve got TM? After all, TM brings a Hindu perspective and a full-blown theology along with the 20-minutes, two-times-a-day meditation approach. In fact, there is a kind of monastery near Fairfield where hundreds of Indian guys spend their days doing Vedic chants — a good deal more than a couple short sessions in a Lotus position.

Well, it turns out that old religious ties are not obliterated by meditation. Indeed, some Beth Shalom folks, Baby Boomers all, say they got more involved in Judaism as a result of their TM experiences (and having kids who needed b’nai mitzvah). They say some Catholics, Protestants, Mormons and others retain their religions while studying the ways of the late Indian guru.

The visit was fascinating. And I’m looking forward to much more time in Fairfield through the spring and summer.

It will be an adventure and a challenge for someone used to writing magazine pieces. Where a mag effort, even a big one, seems bite-sized, a book is a full meal and then some.

Just budgeting my time and mental energy between the classroom and research efforts will be daunting. As an academic newbie, I’m still developing curricula and testing it out on live students. I’m still learning how to grade with the right balance of severity and encouragement. I’m still perfecting those lectures that must be put together anew every week.

Others have pulled off the balancing act well. Joe Starita, a colleague at the J School, has written a couple well-received books on Native Americans, including “I Am a Man,” a major effort on a Nebraska Indian chief that is getting stellar reviews. He’s done this while teaching some of the best-regarded classes at the college.

I expect it’s a matter of discipline and energy. You find time for what must be done and for what gets your juices flowing. Certainly, the ride promises to be entertaining.

3 Replies to “An Author’s Life”