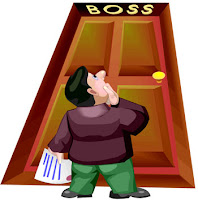 Do you get to choose your boss?

We don’t exactly get to do that in academia, but we get pretty close to it. This week, we had a candidate for the deanship at the J-School come by for a couple intensive days — an extraordinarily packed session that had her going from nearly sunup to well past sundown in meetings with top administrators, faculty and, I expect, students.

We on the news faculty got to see the candidate, Kristin Gilger of the Walter Cronkite School at Arizona State University, in action in two sessions. First, we had a private session in the morning with about 10 of us or so (all those who happened to be free from classes at that hour). Then, she met with a large group that included us and other folks at the college.

The words candid, free-wheeling and tough come to mind about the sessions. We talked about everything from strained financial resources in higher ed and grantsmanship to the tenure process. Gilger, an assistant dean now, was grilled on how she helped elevate ASU into a richly endowed journalism school that could attract such talents as former CNN anchor Aaron Brown and former Washington Post editor Leonard Downie Jr. We pressed her on her plans for working such magic at Nebraska to sustain and deepen its excellence, and build its national name. (Nebraska has already attracted stars from such top-flight places as the New York Times, ABC News, The Detroit News and the Miami Herald.)

The affair was fascinating on several counts. First, faculty views do matter in the selection of a dean. Already, faculty weighed in on the selection committee that winnowed an initial list down from 37 or so folks. And now our views on the candidates are being solicited before the final choice is made.

Such a democratic approach doesn’t hold, of course, for most of the commercial world. But it’s important in the academy that several constituencies be tapped. Top administrators at the university need to sign off, for sure, but it would hard to imagine a dean being selected over the faculty’s objection. Buy-in across the institution seems mandatory.

This all-in-on-the-choice approach may be something newspapers and magazines (and other fields based on intellectual capital) ought to emulate. After all, faculty members do work closely with deans but I recall working every bit as closely with my top editors at BUSINESS WEEK. And, if editors and publishers value the judgment of journalists as much as they say they do, why shouldn’t such staffers have a say?

Given how imperiled so many journalism organizations are these days, the judgments of lots of smart people ought to figure into the choices of leaders, no? Journalists, like journalism faculty members, are natural critics accustomed to weighing lots of factors in assessing the folks they report on (or teach about). Wouldn’t it be helpful to have those skills brought to bear in the selection of bosses?

Gilger, by the way, knocked the cover off the ball in her appearances. She’s smart, dynamic and brings lots of good ideas as well as a diverse resume with both industry and academic cred. We still have several top-notch folks to meet with — David Stoeffler of Touchstone News Consulting in Ferryville, Wis.; Gary Kebbel of the John S. and James L. Knight Foundation; and Alan Stavitsky of the University of Oregon. All bring substantial backgrounds and it will be interesting to see who comes out on top in the end.

2 Replies to “Hiring the Boss”