Norman Mailer once said, “writing books is the closest men ever come to childbearing.” Well, at long last my baby is nearing delivery.

The University of Iowa Press, midwife in this blessed event, just released its Spring 2014 catalog. It’s hard to describe how fulfilling it is for my book, “Transcendental Meditation in America: How a New Age Movement Remade a Small Town in Iowa,” to be the lead title out of the 23 the press is bringing out.

It’s been a long and exciting time coming. To get this book started, I started visiting the good folks of Fairfield, Iowa, in 2010. I had grown intrigued about them a few years earlier, when I first heard of the migration a couple thousand of them had made there some 35 years or so before. To borrow a useful lyric, they were Baby Boomers chasing a dream of peace, love and understanding as they followed their guru, the Maharishi Mahesh Yogi.

Some had left Ivy League colleges where they seemed headed for conventional careers. Others didn’t know what their prospects were. All, however, had found a spiritual home in the TM Movement and they were out to change the world. By simply meditating in groups, many believed, they could lower the temperature on an overheated, tortured world. How much could they change things if their numbers grew? 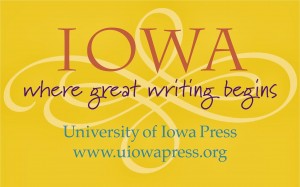 They bought a bankrupt Presbyterian college in Fairfield and set up their own school, now called Maharishi University of Management. They founded a school for their children, making it possible for someone to study the guru’s teachings from pre-K to Ph.D., all in the same little farm town whose culture they transformed.

Interesting place, it seemed to me. It would be even more intriguing to look into how that dream was playing out in the wake of the guru’s death, in 2008. Would this movement go on and thrive under other leaders, much as other Utopian efforts such as Mormonism have? Or would it wither and fade, as the Oneida Community and Brook Farm did? Would it be riven by in-fighting and misdirection? Or would it get its act together? The story of that place and those people, it seemed, would be a rich and surprisingly American tale.

So, this is what the book is about. The folks in Fairfield, while focused on the stars, have often been brought back to earth with a shock. A murder on campus, suicides in the community, infidelity, scamsters, some tensions with neighbors – all that has been a part of their community life. But they’ve also rebuilt a sleepy little town into a lively place with vegetarian restaurants, a smorgasbord of religious practices, thriving businesses and, with the help of nonmeditating locals, a vibrant arts scene. They’ve even developed their own style of architecture, dotting the town and campus with striking buildings and homes.

Along the way, they’ve attracted the famous and celebrated. Among them are such rock luminaries as Paul McCartney, Ringo Starr and a few of the Beach Boys, radio shock-jock Howard Stern, comedian Jerry Seinfeld, newspeople George Stephanopoulos, Candy Crowley and Soledad O’Brien and talk-show diva Oprah. Plenty of A-listers have practiced TM over the years and some have popped into Fairfield at times.

The story of TM, seen through its potent and mixed effect on this little town, is a winding and intriguing one. Certainly, my patient and astute editors, Catherine Cocks and William Friedricks, and I found it be so. (I’m much indebted to them for their advocacy and guidance.) I hope readers find this account as interesting as we did. Look for the book in May.

2 Replies to “Hello sweetheart, get me rewrite”