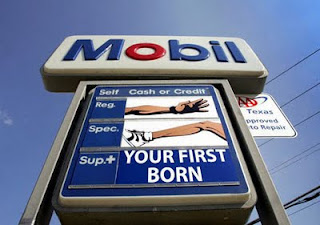 Electoral politics and rising gas prices are a combustible mix. But President Obama, disappointingly, is all too happy to use the $4-a-gallon-plus prices to his advantage by, again, demonizing players in the financial markets. Feeling pinched at the pump? It’s all the fault of those mysterious gnomes at the New York Mercantile Exchange who gamble on price moves.

Forget the plunging dollar, Middle Eastern tumult and fiscal deadlock in Washington. The president would instead pillory the sharpies in the oddly colored jackets at NYMEX. That’s why he created a financial fraud enforcement working group to look into “the role of traders and speculators.” Guided by Attorney General Eric Holder, Cabinet department officials, federal regulators and the National Association of Attorneys General will unleash their wrath on those bad boys.

Even before the group puts a single trader under the hot lights, Obama has made it clear that he won’t stand for the supposed abuses and manipulation anymore. At a renewable energy plant in Reno, Nev., on April 21, the president declared, “we are going to make sure that no one is taking advantage of the American people for their own short-term gain.”

The line, ready made for a president disturbingly fond of using class warfare to rally his base, will play well with the faithful. And his probe, virtually guaranteed to go nowhere, will no doubt be popular among the ill-informed. 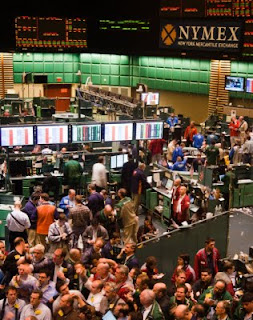 But the sad part is that this bright man should know better. Surely, this Chicagoan has been schooled by the folks at CME Group, owners of NYMEX. Leaders there, who have played host to him at times and even contributed to his campaigns, must have given him some insights into the workings of the futures world. Indeed, his former chief of staff, now Chicago Mayor Rahm Emanuel, served on the board at CME.

If Obama hasn’t asked for a tutorial, he should have. The president, a former teacher who often lapses into lecture mode, should then take what he learns and educate the American public. Gas prices, he could say, reflect a host of factors – including demand rising in a recovering economy – as well as the latest financial ineptitude in Washington.

As Chicago Sun-Times financial columnist and CME director Terry Savage has told CNN, the sinking dollar alone drives up prices of everything from gold to oil simply because such commodities are priced in dollars. Sure, people might try to game the prices, Massachusetts Institute of Technology economist John Parsons told The Huffington Post. “But it wouldn’t be central to the price movement,” he added.

Yes, the president could tell the public, there are traders who do make money on price rises. Some also lose on rises. That’s the way the markets work.

If he really wanted to shed some light on gas prices, he should tell voters that traders are like the oil world’s pilot fish. Such brightly colored little fish hang around sharks and dine on parasites that pester the bigger host creatures. Do they manipulate, steer or direct the sharks? No. But some of them do profit by the relationship. And the sharks do well by it, too. 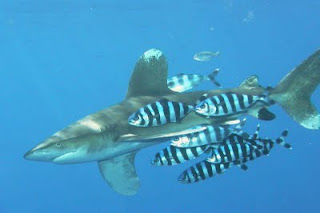 If the president believes the pabulum that he is offering up, though, he seems mesmerized by the fish. All those bright colors at the NYMEX have blinded him. And that’s troubling for a Harvard-educated University of Chicago classroom veteran who has a vast array of smart people in Washington at his disposal. Is there no one with the cojones to tell him how things work? Where is Austan Goolsbee, the Chicago business school economist who leads his Council of Economic Advisers?

Sadly, though, this is all too familiar. When gas prices climbed in 2006, President Bush acted much the same way as Obama. He ordered Justice and Energy department officials to probe price manipulation and speculation. He sent letters to state attorneys general urging them to move against “anticompetitive anticonsumer conduct in the petroleum industry.” The villain then was Big Oil.

Nobody from ExxonMobil or Shell went to jail as a result of the Bush folderol. It’s doubtful anyone will as a result of Obama’s efforts, which are being roundly slammed by economists. “This is a transparently political fishing expedition that insinuates that fraud or manipulation is distorting oil prices without providing even the flimsiest factual basis for such a suspicion,” University of Houston finance professor Craig Pirrong told Fox News.

Like any arena where there is big money to be made, where uncertainty reigns and where transparency is rare, the oil markets are prey to skulduggery of all sorts. And there will be people who profit while others struggle. Those folks are more likely to be lucky than evil, though. Surely this president is smart enough to know the difference.

One Reply to “Gas prices and politics are a volatile mix”