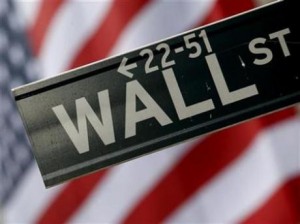 Desperate for daylight at the end of a seemingly endless tunnel, investors took heart from the latest jobs report. The Dow climbed nearly 128 points on the Sept. 3 news that hiring seems to be getting back in style, at least in parts of the economy. But banks, hedge funds and other financial players on and off Wall Street seem not to have gotten the word. They’re still stumbling in the dark when it comes to adding staff.

Even while scattered reports of modest additions pop up in the daily press, there’s little evidence that the sun will shine soon on the financial sector. Nationally, the number of people working in financial services barely budged in August, according to the Bureau of Labor Statistics. Counting both finance and insurance, the tally has skittered to some 5.64 million people, the lowest monthly count since February 1999 and a sorry shadow of the nearly 6.18 million who toiled in the sector in the go-go days of late 2006.

What’s the problem? Blame economic sluggishness, Washington demagoguery and, most of all, rampant uncertainty. Financiers, like lots of other folks, don’t know whether a much-trumpeted double-dip recession is in the offing. They still don’t know what exactly the folks in D.C. will loose on them in the way of financial reform. And, more immediately, they don’t know whether those customers they’ve been currying favor with for months will ever get off the dime.

Just look at the paralysis in the new-issues market. Over 170 companies have filed for initial public offerings this year, the most since 2007. But now fears abound that the lackluster markets could keep many of those IPOs in the wings. Worse, while aged titans such as GM garner the attention, experts quoted by USA Today warn that lots of innovative little guys seem to staying on the sidelines. It’s those up-and-comers that have driven past market rebounds and created the fee-generating business Wall Street counts on.

The FUD factor seems to be keeping plenty of would-be bankers out of pinstripes, at least for the time being. Fear, uncertainty and doubt have long been enshrined on Wall Street, of course, though folks did seem to forget that in the first half of the opening decade of the 2000s. The last half of the decade, of course, restored FUD in all its ugly glory, cutting short plenty of budding investment-banking careers.

Sadly, the bloodletting has not stopped. Look at New York alone. A modest number of private-sector jobs (29,000) helped keep the statewide unemployment rate at 8.2% in July, the latest period measured by the New York State Department of Labor. But the job count in financial activities is down 7,200 from July 2009.

Eventually, the numbers in lower Manhattan and nationally will turn around. Finance is too important to keep shrinking. Companies will need capital and they’ll have to look to Wall Street to rustle it up. Investors, too, will rediscover value in those beaten-down stocks. It may be, in fact, that the market just got ahead of itself and needed the bracing slap it got in recent months.

But that doesn’t mean the capital markets couldn’t use some help from Washington. Certainly, money won’t be on the table – plenty was already spent and demagogues have made it all but impossible for more stimulus money to go to Wall Street, at least directly. What’s more, tax relief for big-money investors seems hardly likely.

What Washington could do, however, is clarify the rules. Chip away at that uncertainty by making it clear what sorts of risk-taking will be tolerated and what won’t be. Make sure that big banks have the ability to take prudent risks – certainly not the foolhardy ones that pushed a few erstwhile titans over the cliff a few years ago, but smart and necessary gambles, nonetheless. If animal spirits are suppressed, no real recovery is possible. If bankers fear more Congressional perp walks, how can they back the next Apple or Microsoft?

And another thing Washington could do is put an end to Wall Street-bashing. The next round of elections, sadly, will likely spawn a fresh wave of attacks on fatcats, bankers and assorted financial miscreants. The targets are all too easy to hit and pillorying them plays well in the hard-pressed corners of America where finance is a four-letter word. Look for the rhetoric to ratchet up.

Today’s financiers, of course, can shake off the attacks – so long as there’s no legislation attached to them. But if the best and brightest of the post-recession generation listen to the Populist set and shun the vilified sector, who will fill those jobs eventually? If we are to keep yet another national industrial champion – Wall Street — from losing out to foreign rivals, our most talented hands will be needed. Our leaders ought to be making them feel good about it, not ashamed. And our bankers ought to be taking a few more chances and hiring them.